With The Colbys cancelled, Jeff and Fallon return for Dynasty's eighth season, their marriage now falling apart again. Matthew, returned from the dead but troubled by headaches, holds the Carringtons hostage in hopes that Krystle will run away with him. Steven ends the siege by reluctantly stabbing his old friend to death.

Alexis is saved by a handsome, mysterious stranger, Sean Rowan (James Healey). She later marries him, not realizing that he is Joseph's son and Kirby's brother, bent on revenge.

Steven and Sammy Jo's reconciliation is short-lived, and the pursuit of children unravels Adam and Dana's marriage.

Sean begins to manipulate and destroy the Carringtons from the inside, with he and Dex fighting to the death in the March 30, 1988 season finale.

Blake, who failed being elected as governor of Colorado, comes home to find Krystle missing and their bedroom in shambles.

For the first time since its debut, the show had dropped out of the top 30, to #41 in the ratings. 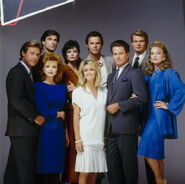 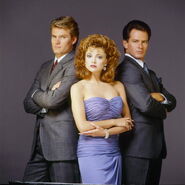 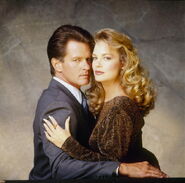 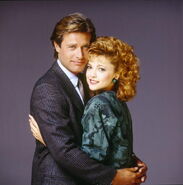 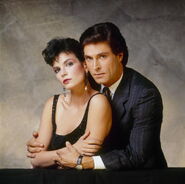 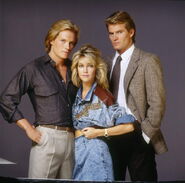 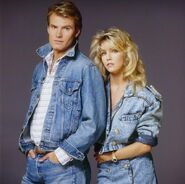 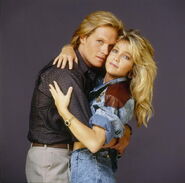 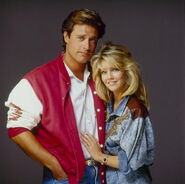 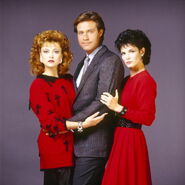 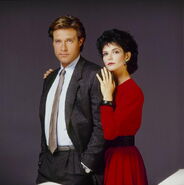 Add a photo to this gallery
Retrieved from "https://carringtondynasty.fandom.com/wiki/Season_8?oldid=17059"
Community content is available under CC-BY-SA unless otherwise noted.